This time of year in southeast Alaska, it gets light out at about four o’clock in the morning. I like to take advantage of the early morning light because nobody on board is awake. As a deckhand who works the night shift, I have ample time to watch the alluring scenery pass by. I’ve been known to pull out my camera while on duty, but that is a fringe benefit of this job. I like to get my early morning chores done as quickly as possible to allow for more quality time enthralled with these marvelous Fjords. I like fjords. The word fjord is fun to say, and the geological feature is a great place to explore. 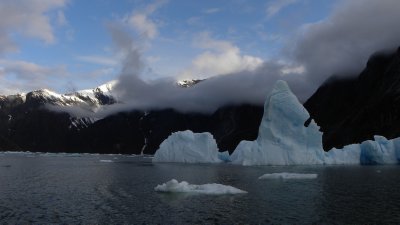 I was sitting on a deck box of the aft deck of our upper deck, sharing a blueberry muffin from Heritage Coffee with one of my deck partners and sipping good mint tea. Bakery tastes better when it is shared, especially with good comrades. 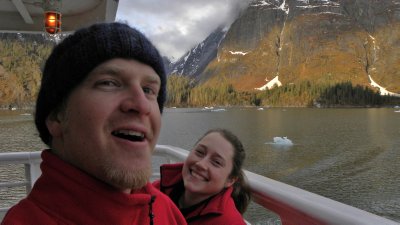 I decided to count all of the waterfalls I could see around me, and I finally gave up after I reached nineteen. It’s not that there weren’t more of them, it’s just that deckhands lose interest in numbers after awhile, and really I just enjoyed being surrounded by falling water. 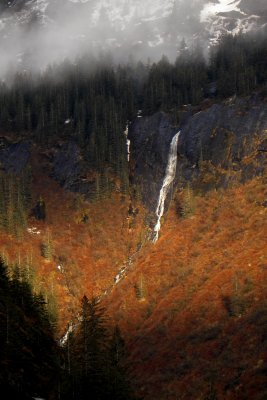 The waterfalls ramble down the rock face of the cliffs of the fjord in long narrow ribbons often falling hundreds of feet into the water. The surrounding mountains have a lot of melting snow at this time of year, and with the continual rainfall of southeast Alaska, their flow is constant and healthy. 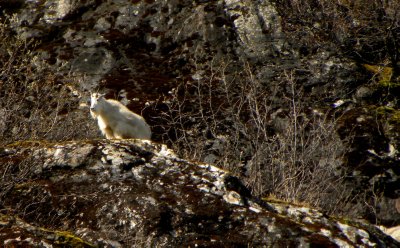 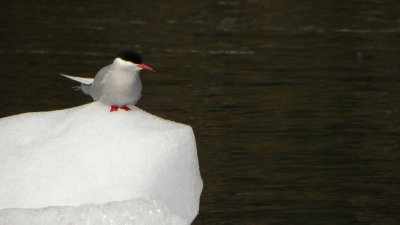 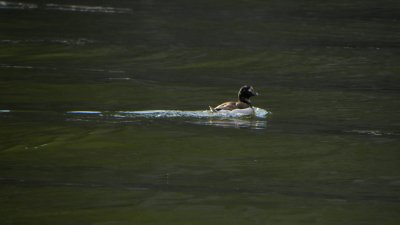 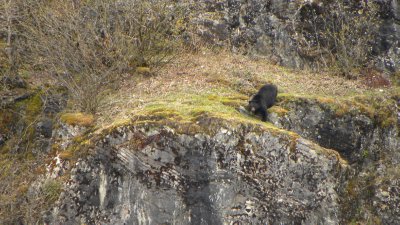 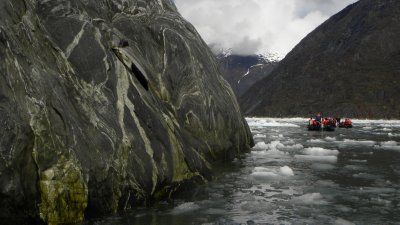 Looking at the rock walls of the fjord, I was intrigued by the striated rock. There is little vegetation that has taken root here. This is because this is the newest rock to escape the icy grinding of the glacier. It’s fresh rock, so to speak, and it was cool to see the effects of a glacier close up, and so soon after it had released its grip on the rock. 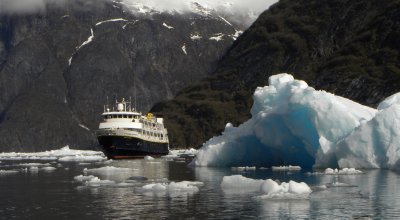 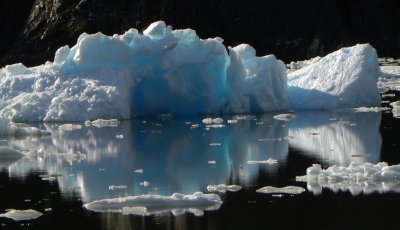 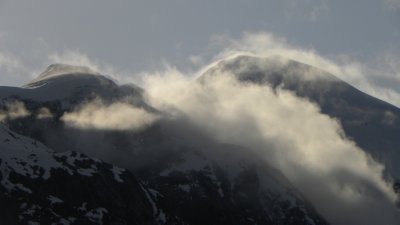 Tracy Arm is an inspiring piece of landscape. There is a beautiful view in every direction to inspire those susceptible to its charm. At its head are two glaciers, the Sawyer and the South Sawyer. I was fortunate enough to spend a beautiful morning watching ice calving off of the face of the glacier and listening to the white thunder. 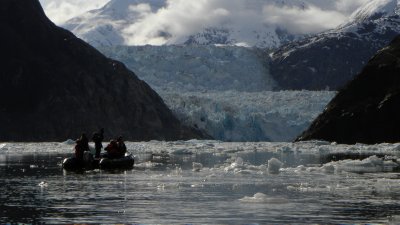 As an early birthday present, I witnessed a gigantic house sized hunk of dense glacier blue ice roll off of the face of the glacier and bob into the water. It was incredible. I was lucky to have my binoculars handy, and I had a really good look at this amazing phenomena. A large wave swelled up from the displaced water, and started rolling outward. It made our zodiacs bob up and down while it passed crashing against the far side of the bay. 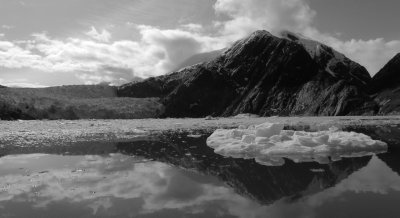 “White Thunder” is what the natives would call the sound of ice cracking off of a glacier. It is an apt description. It sounds just like the sound of a thunder clap after a lightening strike, and it’s really cool to hear one echo around in the fjord. 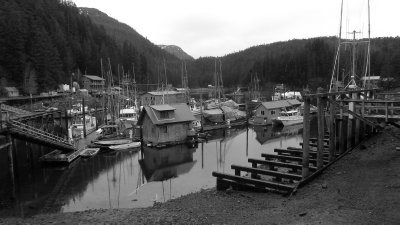 Elfin cove is a nice little cove on the west side of Chichagoff Island in Alaska’s Southeast. It’s a very small village, with 12 full time resilient residents, and several dogs. When we walked up the slippery boardwalk that makes up the main street of the village, the welcoming committee came out to welcome us to town. 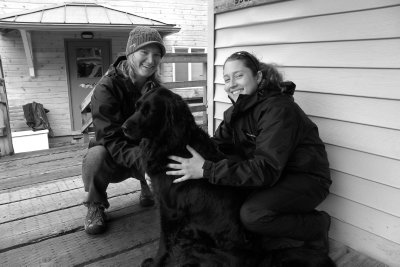 My friends could not resist, and gave it all the attention it wanted. Who can resist petting a friendly dog? We explored along through the misting rain until we found a good bench swing facing the bay. We sat down, and cuddled up close to keep warm against the cold wind and increasing rainfall. It was a very pleasant way to spend our time, swinging, talking and slowly getting soaked. I enjoyed the good company, that my fellow deckhands bring, and we capped off our day with hot chocolate when we returned to the boat. 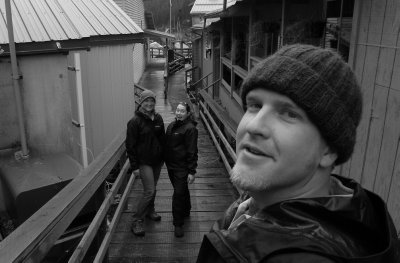 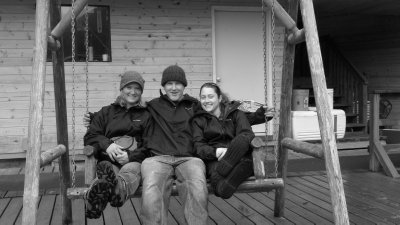 Should you find yourself in Elfin Cove, take advantage of the hospitality and good seating available at this nice little village.

This ends my first stint in Alaska. After seven months aboard the Sea Bird, they’ve finally decided to give me a break, and I have a month to spend chasing my muse before returning to Alaska in June. Look for me in California Wine Country, on the coast of California, rock climbing at the New River Gorge in West Virginia, and revisiting my old stomping grounds on the shore of Lake Superior.

The wanderer is seldom bored.