The Isla Catalina is probably the greenest, most lush desert island I’ve ever had the pleasure of hiking. It’s home to two unique species, one being the rattle-less rattlesnake, and the other being the giant barrel cactus. While I haven’t seen the rattlesnake yet, I am intrigued by its genetic evolution. I can imagine its thought process, “Well hell, every time I move to nab that mouse my damn rattle gives me away. Who needs it?” and over time, stopped growing one. Isla Catalina is quite deserted, so another possibility could be that predators to the snake are also probably few, so with no need to warn enemies, it learned to do without. 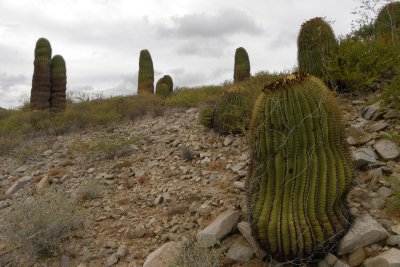 The giant barrel cactus is something I have seen, and I am quite fond of it. It lives up to its billing. It’s quite large. It’s very stout, and has a bright green trunk, about the diameter of a telephone pole. It ranges in height from a foot high to well over my head (roughly 6 feet). They are dotted all around the island, sometimes growing right next to another in a small copse of funky cactus. The barrel cacti aren’t the only inhabitants of the island; there are massive clumps of cardon, interesting clumps of cholla, and other wildflowers, sharp desert shrubs and plants. 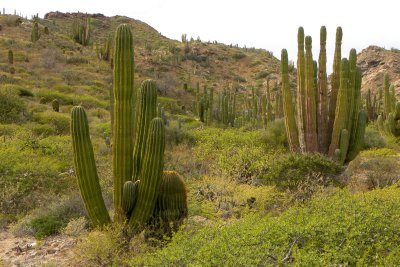 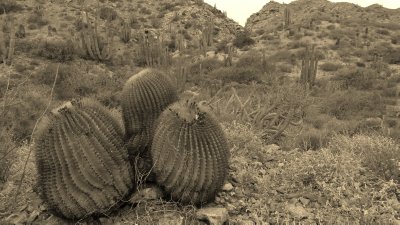 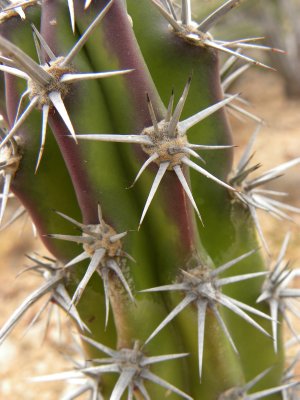 In starting my hike, I chose the road less traveled. Not only was this a better way to travel, it allowed me to completely lose my sense of civilization’s grip on me. I saw nobody, I heard nothing manmade, and I was free.

The overcast skies were leaden gray, and it was surprisingly cool. I hadn’t been cold in many weeks, but I loved being in cooler temperatures again. It was probably only 70 degrees, but the wind was steady, and it felt good to my body. 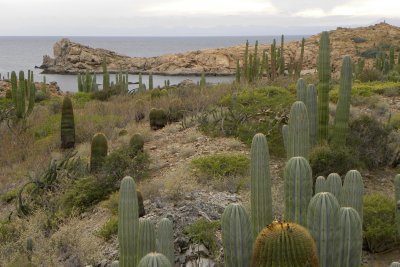 I really enjoyed hiking through this amazing desert. I swear Dr. Seuss designed the landscape: giant clumps of weird cactus, some looking like lumpy offset stumps, others like land borne octopus. I stopped often to marvel at these amazing plants. I found another of my sacred places. I have sacred places all around this planet of ours. Usually, they are small little areas of land that appeal to my sense of order in the universe. In this case, it was a small sandy area, maybe 20 feet in diameter, it was devoid of any visible presence of life, and on the fringes were clumps of desert fauna. In the distance, I could hear the rolling waves of the ocean crash on the beach. I could see the rocky crags and hollowed out holes of the nearby cliffs. It smell like a desert, and I was immediately smitten. It was like sitting in a desert shrine, dedicated to the simple beauty of earth, this time in a desert format. It was peaceful, energizing, and I could’ve stayed there for hours, and possibly days, drinking in, and enjoying its finer features. 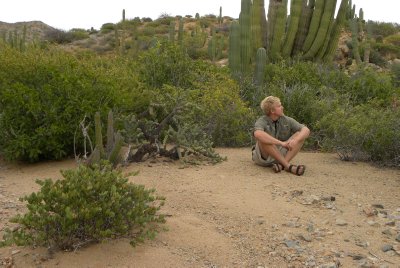 Eventually, I found a jungle of desert shrubs; bright green, thick desert growth that looked like it was going to be very painful to try to cross. Luckily, I had a dry wash to follow through the tall carpet of impassable spines. The wash led to a beautiful little cove tucked into a wall of steep rock cliffs. The sound of the rolling waves was very nice, as I walked around looking at amazing and interesting shells scattered all over the beach. I had fun crawling among the rocks, watching the quick and agile crabs clatter away from me. I crawled through the eroded rock tunnels and explored the beach before turning back again. I didn’t have a clock, and I really wasn’t sure what time it was. One thing I knew was that I didn’t want to be the guy who missed the last ride back to the boat. 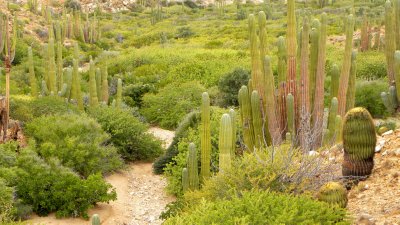 We loaded into our inflatable zodiacs at about 8:30 pm, sure, it wasn’t close to midnight, but it was midnight somewhere, and we had work in the morning. Our team consisted of eight highly trained, crack-shot pyrotechnicians, recruited for our penchant for rocketry and night ops. We drove a quarter of mile through calm green waters, our wake glowing alien green from bioluminescence. Do I have to explain bioluminescence? More on that later. We landed, anchored the boat, and chose a firing location. A million stars were shining bright in the dark sky. We grabbed our parachute rocket flares, lined up, and waited for the countdown. None of us had ever shot off flares of this kind before, and we really didn’t know what to expect. They were rated for 1000 feet, and we figured it would be pretty cool. The countdown began, and we at …1 we fired them off in unison. Holy Crap! These things are serious! A powerful hiss, and the rocket shot off, a blinding orange light in the night sky. Then the chutes opened and they fell slowly down to the sea, extinguished in the cool waters off Ispirito Santo. 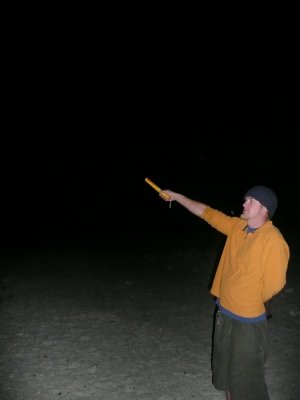 After cleaning up our trash, reloading in the zodiac, and making our way back to the ship, we decided to top off our night by swimming in the bioluminescence. “Bio” are tiny microorganisms that glow in certain areas of the oceans when agitated. The wake of a boat will cause it to glow, a passing dolphin, or my favorite: Swimming. To swim in bio is to immerse yourself into cool liquid smoke, lit up by millions of fireflies and glowing an eerie green. It is beautiful. It is amazing, and it is probably one of the all time coolest things I’ve ever done. If you get an opportunity to swim in it, go for it, you won’t regret it. 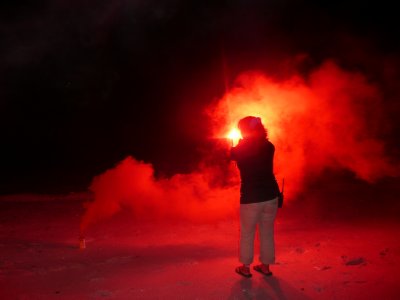 What an end of a tumultuous year, and a righteous beginning to the next. I’m quite optimistic about this years travels. I’m already situated in a beautiful desert locale, and I have some other plans to be fully developed by May. Any suggestions for a good month long trip? I’m all ears, and ready to go.

Favorite Pictures of the Week. 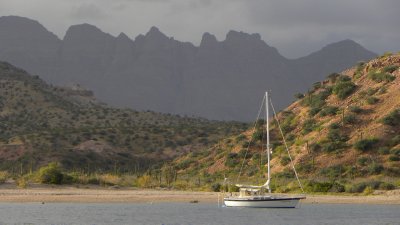 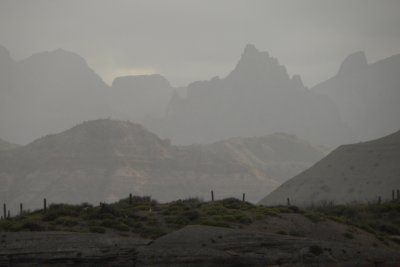 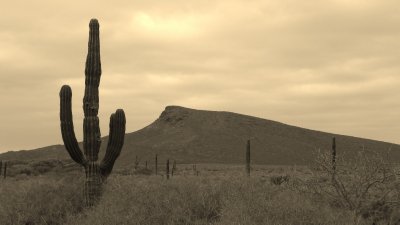 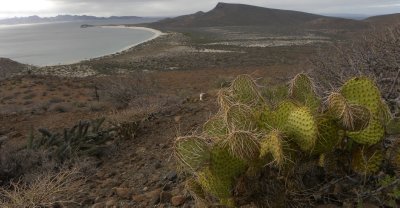 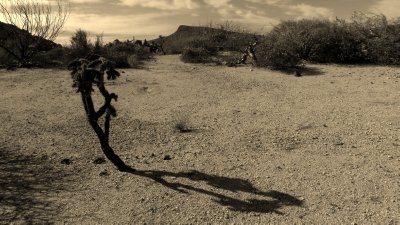 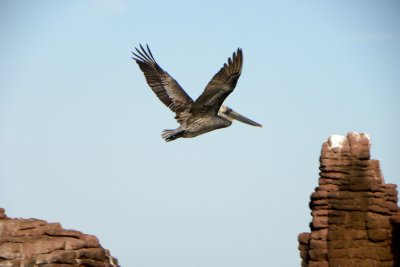 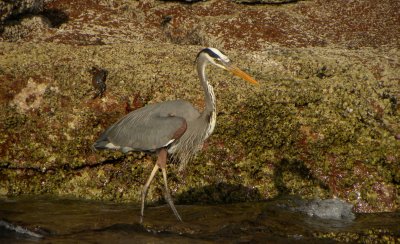 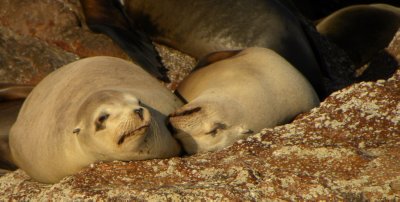 For now, look for more desert stories, and descriptions. I love Baja. It is heaven on earth, and I’m enthralled that I’m here to explore it. 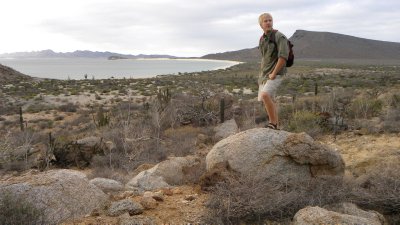 Senior Rhombus... Great to see you enjoyed your holidays! Keep the posts coming, you are beginning to change my mind about deserts, although still below twisted pine forests and wretched cedar swamps they are moving up the list.

Thanks Pete...Say man, you should give the desert a try...I can make the appropriate first introduction into a desert climate for you.. Just remember, never go in the summer, a desert is better visited in the winter.