Wildlife and Fishing in Alaska

I’ve been asked to take pictures for our lodge to use for advertising on our website, brochure, and other media. I am excited about this, because it allows me to take photographs of a variety of subjects that make up the Sitka experience. I am focusing on wildlife and fishing-- two subjects I love to photograph. For the last three days I’ve been on a boat following around the other boats in our fleet trying to get some action fishing shots. I’ve also been photographing the plethora of wildlife that flourishes here in Sitka Sound. 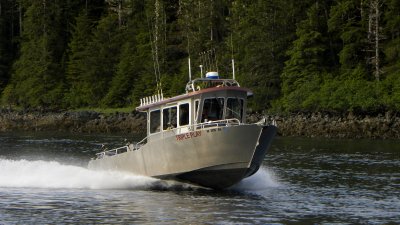 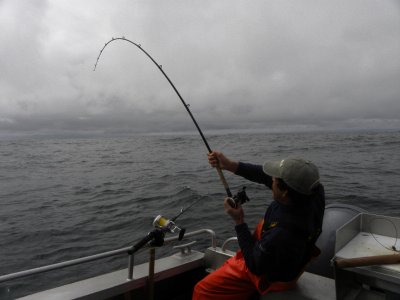 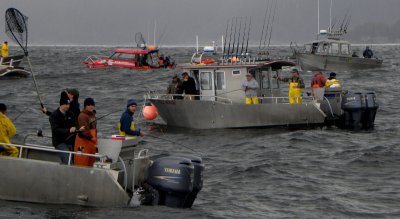 I was working along side of a professional photographer, the first I had ever met. I’m not sure of what he thought of an amateur like me shooting the same material, but we got along fine. I was excited by the prospect of focusing strictly on photography. As a deckhand, most of my time on the water is spent paying attention to my clients and taking care of our gear. I don’t have a lot of time to pull out my camera, and since my hands are usually full of fish slime, I wouldn’t want to anyway. So these three days were a very special treat for me. 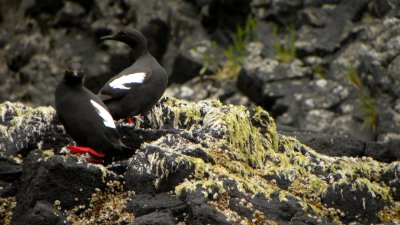 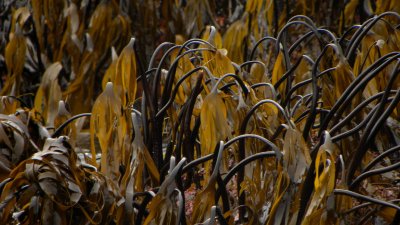 St. Lazaria Island (known as Bird island to locals), is protected as Alaska Maritime National Wildlife Refuge. This small volcanic island is just 65 acres, but holds thousands of breeding pairs of tufted puffins, Fork Tailed Storm Petrels, Pigeon Guillemots, Common Murres, Rhinoceros Auklets, among many others. It is a bird watchers dream and an ornithologist’s heaven. 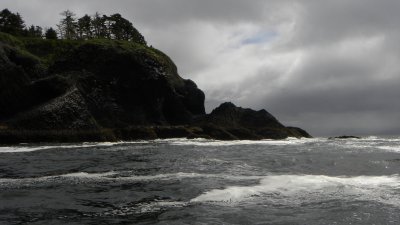 The island’s location is twenty miles west of Sitka and just south of Kruzoff Island and Mount Edgecumbe. Its geography is very rugged, almost inaccessible to humans, and only reachable by boat. The shoreline is jagged--with steep rocky cliffs, arches, and pillars. All of it is covered in green mosses, brush, ferns, and Sitka spruce. The western side is exposed to the Pacific ocean, which pummels the rocky shoreline with continual swells and ocean chop. The eastern side is more protected, and a great place to quietly watch the seabirds. The island has been carved up by several volcanic tubes and caves, the largest is on the north east side of the island. During a low tide, one can drive a boat directly into the cave and get a close up look at the various tidal life forms that cling to the bright orange and coral pink walls. It’s cool to see.

As an amateur bird watcher, I was enthralled with the island. It really is an amazing place, and the birds themselves are its greatest feature. 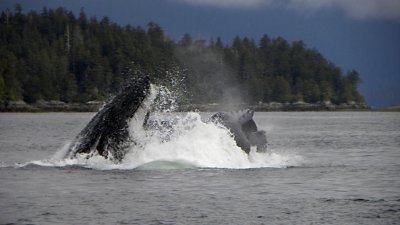 I watched two humpback whales “bubble feeding.” Bubble feeding is a cooperative behavior used by humpbacks to entrap a school of small fish or krill inside a “net” of bubbles. With the bait trapped inside the bubbles, the humpbacks quickly swim through the bait to the surface with their mouths agape. The whales I witnessed burst through the surface of the water as they ate showing off their speed and powerful swimming ability.

A humpback has a huge mouth, and it was impressive to see one with its mouth completely full, bulging with fish and water. The whale collects a huge amount of water during its feeding run, but it can strain the water and fish through its baleen. A baleen is a structure in upper jaw of most whales, used to filter seawater from small fish or krill. It looks like a long flexible comb that allows seawater to pass through but collects the fish for consumption. It was amazing to see these massive creatures working in tandem.

Another island teeming with wildlife is known as Sea Lion Island as is located off the north side of Kruzoff Island. As its name implies, sea lions have made this small rock island their home. The island has a lot going for it; at least as far as sea lions are concerned. It has low-lying rocks next to the ocean allowing the lion’s easy entry coming from or going to the ocean. The rocks also rise high above the high tide line, offering protection from the battering seas and a good place to lie around. The island is located near fertile fish habitat, so finding food is no problem. It’s perfect for a sea lion colony. 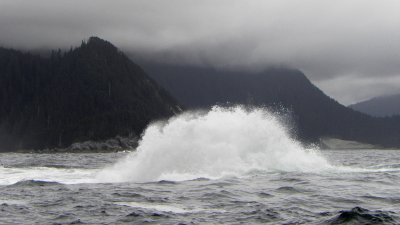 This island is also exposed to the open ocean. During heavy seas, the waves smash against the rock, and explode upward casting huge plumes of white water into the sky. It is impressive. 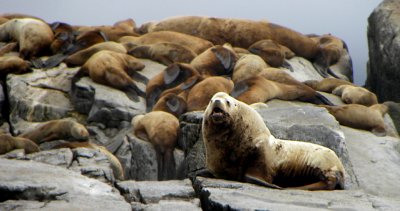 The sea lions are pretty much content to lie around much of the day. There are some big bull sea lions that can be seen patrolling their territory. Females are free to move about from harem to harem, but the males guard their territory against other males. I happened to be downwind from the lions, and quickly became aware of a horrible stench. A putrid mixture of rotten fish smell and excrement that comes from a hundred sea lions eating raw fish all day and lying around in their bathroom. What a stench! 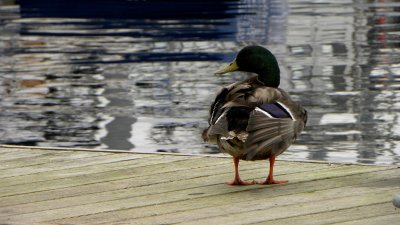 The more time I spend here in this marine environment, the more I love being here. There is always something new to learn about, from seeing new birds and animals I haven’t seen before to witnessing interesting weather phenomenon. Last week, I saw a water spout for the first time. I also spied my first brown bear foraging on the shoreline of Olga Straight. You just never know what you’ll see, and that’s why I love living here. It’s kind of like an addiction, only this one is good for you. 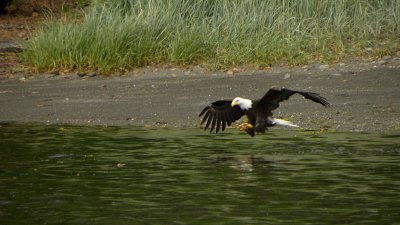