Waking Up In Sitka

Lounging In Dandelions, Photos of an Alaskan May, Complacency, Waking Up

I remember very clearly lying on a picnic table in Petersburg, Alaska. I said to my friend, “I wish we could do this all afternoon. We could get a bottle of wine, maybe do a crossword and fall asleep.” She agreed. Then we checked the time. Our sunny revelry was over. We had to go back to work.

Well, my life has changed since that sunny afternoon. A week has passed by and I’ve fulfilled my contractual agreements with that ship. It left me behind in Sitka, Alaska and I’ve been happily unemployed for the last four days.

I spent my last week on the ship working a very odd schedule. I started my shift at 9 pm and finished it at 9 am. It’s not a good schedule to have, especially if you have any desire to be social. But, I did it without complaint, as that was what they asked of me. 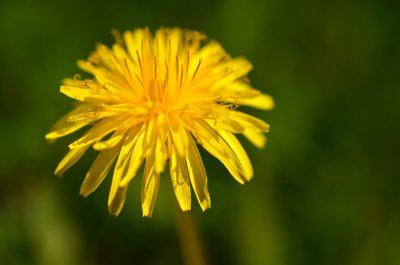 I was in a sleepy torpor for two days as I tried to shift my sleeping schedule to more traditional patterns. I spent a lot of time lounging in sun strewn dandelion patches. Sitka has great dandelion patches. The flowers are bright and robust - nestled into the thick mat of fresh green grass. I thought back to my afternoon siesta with my friend back in Petersburg and I knew that lying around in a sunny park is everything I thought it could be.

At one point, I thought to myself that I should really write about my last week on the ship. I had a lot of fun teaching some new deckhands the tricks of the trade. I enjoyed the Alaskan seascapes in full bloom. I knew it was a passing thought, when I looked up at the clouds. I was just too tired.

The following photos will be my voice for the past week. They ring loudly and true about the supreme beauty in which I live, work and play.

The Waterfalls of Tracy Arm 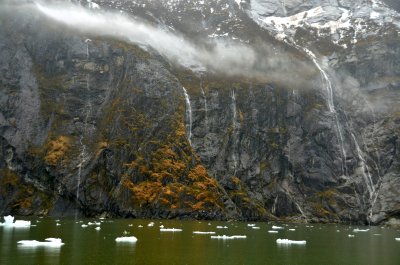 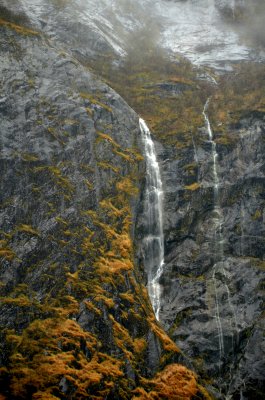 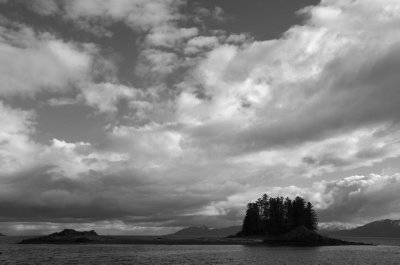 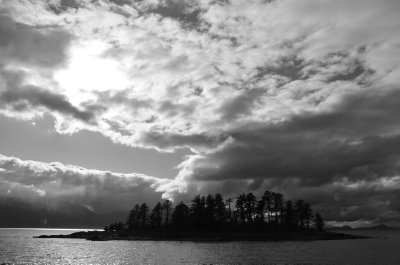 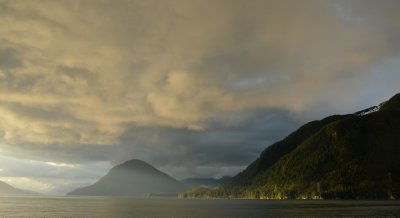 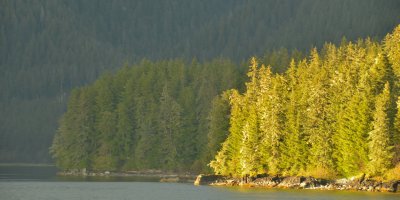 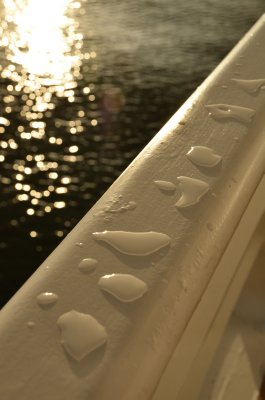 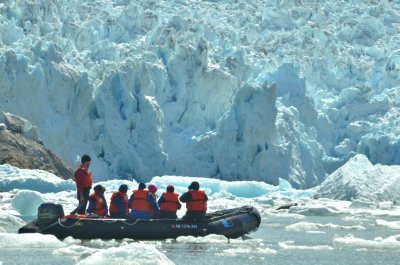 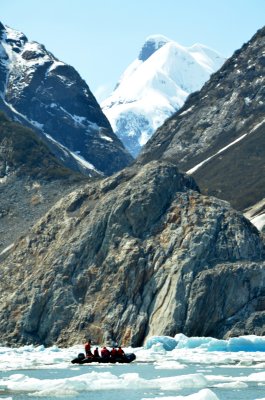 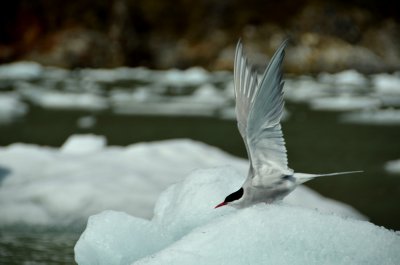 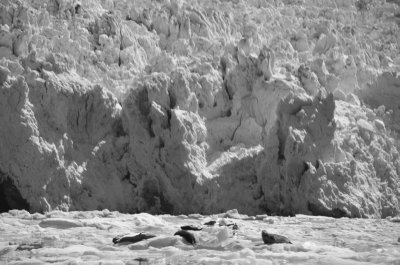 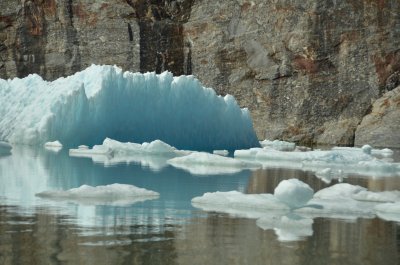 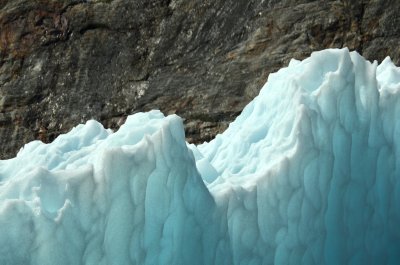 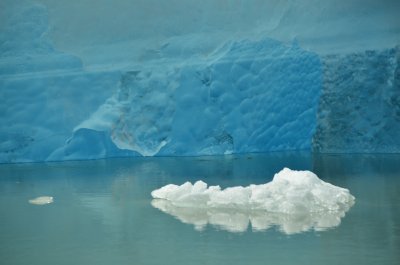 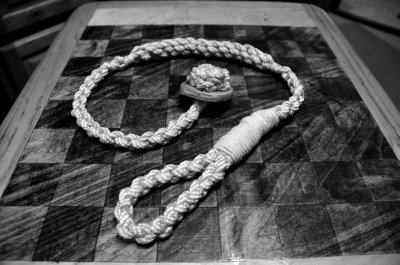 This is the best piece of fancy work I have tied so far. This sling holds the hook of our davit crane to a rail. There are two different types of chain sinnets, two different types of whippings, and a four strand star knot atop the wooden button I made out of an old piece of wood. Look for another article on knot tying in the near future. 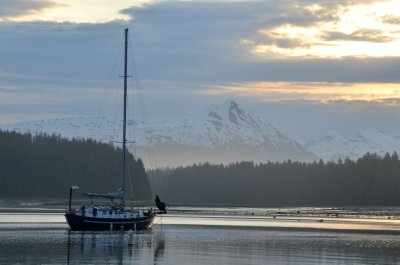 Afternoons in Front of the Marjorie Glacier 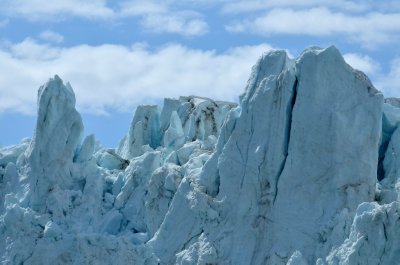 I’ve been spending a lot of quality time watching the Marjorie Glacier. Glaciers, like whales, often require many hours of patient observation before they will do anything of note. More often then not, they will remain motionless for hours at a time before rewarding the persistent with a grand show. Even if nothing happens, the suspense and pleasure of watching glaciers is time well spent. 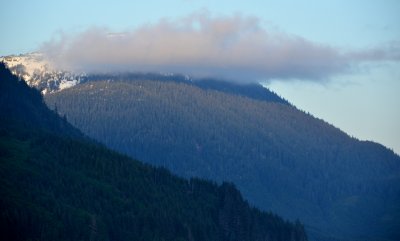 A friend of mine asked me, “Do you ever get complacent about the views around you?” It was a fair question. Have I become jaded? Maybe I have, I don’t know. For example, I remember the awe I once felt about seeing a humpback whale from a distance and hearing its powerful blow. Now, after seeing hundreds of them up close for the last three years, I wonder.

I enjoy seeing a whale as much as I always have. It is fair to say I’ve gotten much more fussy about which whales I’ll choose to photograph. After sorting through thousands of boring whale pictures and deleting most of them, I know what I’m looking for: An interesting composition in good light of a whale. If it isn’t intriguing, I’ll set my camera down and simply enjoy them.

Speaking of which, another friend of mine came down to my cabin to wake me up. “Thom! There are twenty orca outside, right now!” I leaned on my left arm and sleepily replied, “Twenty, hunh? Twenty one is the magic number.” With that, I rolled over and feigned sleep. I thought it was a good line, considering she shook me out of a dead sleep. Now, don’t get any ideas. After a few minutes, I got up and went out to watch the orca. There were three pods with about six members in each group. There might have been a single or two swimming around as well. It was the most orca I have seen together in one big pod. I didn’t take many photos as the whales were far away, but I like this one. 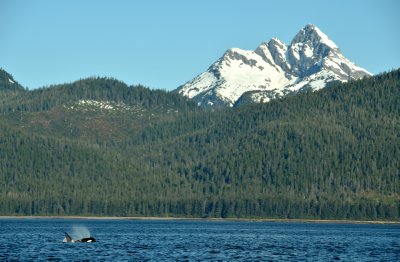 Waking Up In Sitka 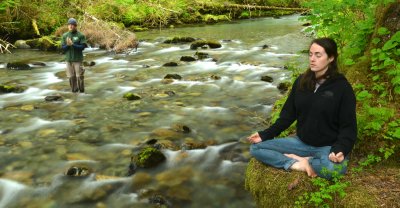 On the third day of my stay in Sitka, I started waking up. My friend Annie and I went for a long walk in one of the most beautiful forest settings I have ever found. I called it a “Celebration of Green.” I’ll offer more on that later this week.

Today, I woke up to a beautiful blue bird sunny day. I lay in the warm womb of an afghan blanket as cool air from the open window wafted over my supine body. It was the best night of sleep I’ve had this year. I felt totally refreshed and energized. I was a new man. I looked at my clock, which said 7:32 a.m. I knew in that moment I had my mojo back! I have left that sleepy torpor behind, and it is time to embrace my life projects with all of the energy I can give them.

I wish I could convey just how happy I am right now. Words can’t do it.