Unique Views of a Sparkling Jewel

Here are some things I’d like you to consider about Alaska. 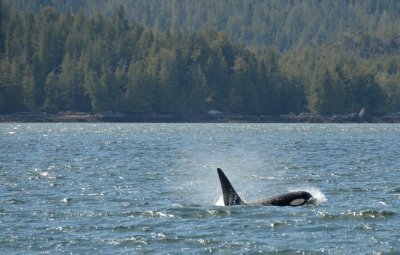 This whale marks my first orca sighting of the season. This male carries a fin that can grow up to six feet long. It was part of a four whale pod foraging somewhere near the border of British Columbia and Alaska. 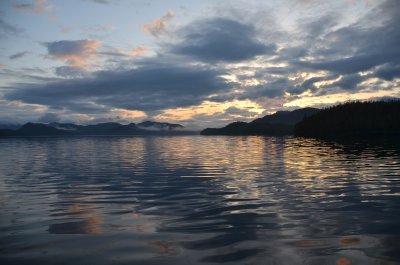 Sunlight arrives in the early morning hours in May. I love the energy that a new day brings. The sun removes any lingering listlessness I might carry after working through the shadowy night. This beautiful scene rings of cold air, placid waters, and good color. 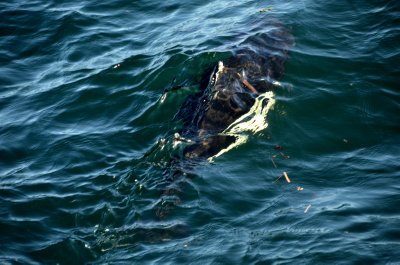 When I talk of “bow riding” animals, I am referring to dolphins and occasional porpoise that ride the cushion of water that our ship pushes as it makes way through the water. These animals ride this wave because they don’t have to expend any energy to move. In short, they are surfing a wave that lasts forever.

However, most of the animals that bow ride can swim much faster than the paltry ten knots our ship makes. They use us for as long as they want, before diving away. In my experience, dall porpoise don’t spend very much time bow riding.

The pod that rode our bow this morning stayed with us for twenty minutes -shattering my opinions. I took hundreds of photos of the porpoise, but really only liked this one. I like the color.

Aerial Views of the LeConte Glacier 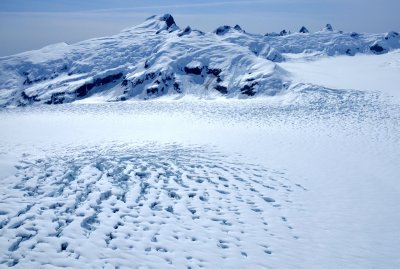 I’ve given up making prejudgments about experiences I’ve never had. When I learned that I was going to take a float plane flight above the LeConte Glacier, the crew kept telling me, “That‘s so awesome!” To which I replied, “Yeah, it might be. I don’t really know, I’ve never done this before.” My lack of enthusiasm bothered many people. My friend Eva really got her dander up. “Well, I think it’s f’ing awesome…” I don’t know how I do it, but I always seem to push the right buttons. I’m just being realistic. Yes, it sounds great and I’m excited to go. But there is a possibility I might hate it, and I’d have to retract my previous declarations. I’d rather not. 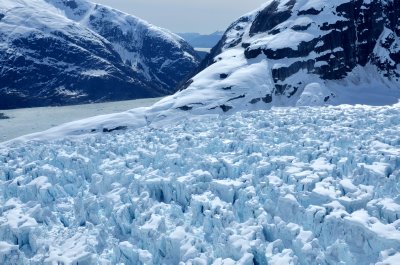 It turns out, taking a low flying flight over a glacier IS f’ing awesome. I was blown away. I’ve seen many glaciers but I’ve never seen them from the sky. 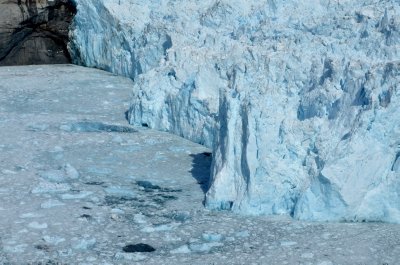 Glaciers are essentially slow moving rivers of ice. We spiraled from the top of the glacier down to its face. It was a gigantic jumble of jagged ice. We banked steeply over the main ice field several times, finishing each loop with a grand view of the broken face. 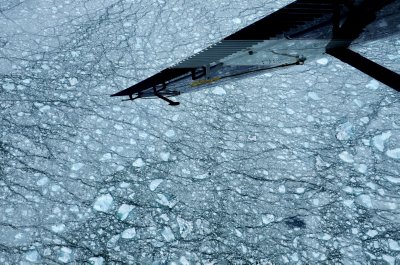 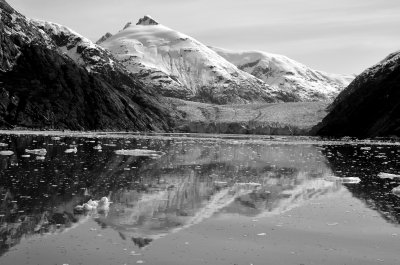 This was my first visit to Endicott Arm since the late summer of 2011. I had forgotten how beautiful the reflection of the Dawes Glacier looks on a bed of perfectly smooth water.

Evening Over the Fair Weather Range 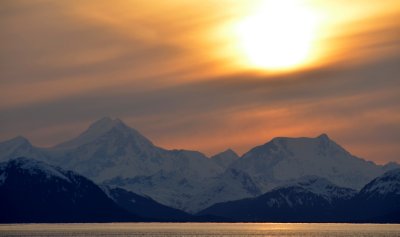 I was having a great conversation with my brother Karl. You know the kind, where the topics are interesting, the one-liners are sharp, and the laughter rings true. Towards the end of our chat, the sun began its descent over the Fairweather Mountains. This range of high snow-capped peaks protects the western side of Glacier Bay National Park. I went downstairs to grab my camera, and warned my brother that I was going to take some photos while he talked. I’m a guy. Multitasking is something I cannot do very effectively, despite my delusions. While he talked on, I took this photo. When I look at it, it reminds me of him.

Yep, I’m 32. I like the number much better than 31. I am now divisible, as where before I was an awkward prime number. It has been a good day. Glacier Bay was bathed in crisp sunshine. The mountains that surround this waterway were brilliant, wearing their snow shrouds proudly. 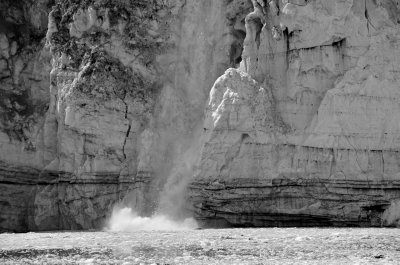 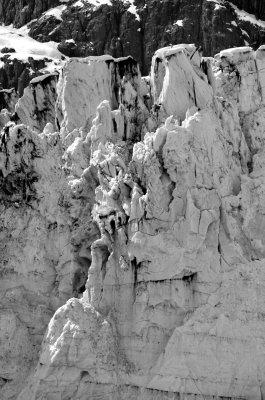 The Marjorie Glacier tossed ice off its face. Most of the crew were high up on lido, laughing, hamming it up, singing and dancing. I like the camaraderie. The glacier liked our energy and responded in kind. 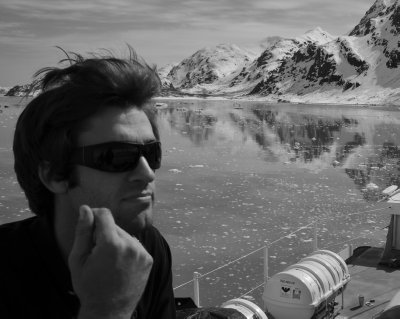 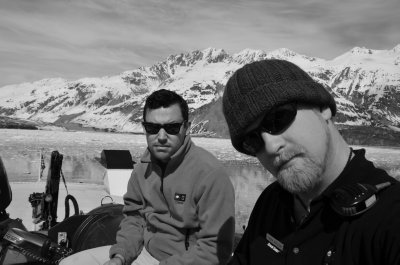 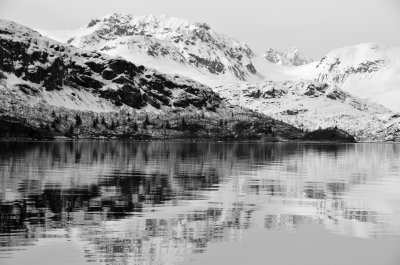 It was a tranquil day of work. I didn’t over tax myself, that’s for sure. I stayed up late last night, enjoying the social scene, and I felt tired most of the day.

My friends presented me with the following:

3 types of chocolate in different shapes. My weaknesses are well known it seems.
3 awesome journals. I’m a writer, and therefore easy to shop for.
3 bookmarks, which I’ll put to use in my journals.
1 Sperm Whale
1 loaf of homemade pizza bread. How I love this tasty treat.
Lemon pound cake. I can’t wait for breakfast tomorrow.
Countless hugs and salutations

It occurred to me after work, that I wouldn’t be who I am today if it hasn’t been for all of the good people I have met along the way. Those experiences, whether good or bad has been important in the making of this Thom. For that, I thank you.

I would consider Alaska to be one of the sparkling jewels in my crown of travels. It continues to surprise me, to stun me, and to inspire me.