The First Adventure of the New Year

This adventure begins at midnight on a wintry night in the small city of Hancock, Michigan. I stepped out of the warm comfort of my brother’s car (and life) and crossed the empty street carrying my mystifyingly heavy bags. It was frigid outside. The snow crunched loudly underfoot - an indication of very cold temperatures. I greeted the bus driver, and I loaded my bags under the bus before stepping aboard.

I found a seat near the back on the right side of the aisle. I prefer the right side because I can read road signs out of my window. That way, I know where I am. I was one of only two passengers that boarded in Hancock. The driver closed the door and we sped off into the night.

I smiled as a current of tingles flowed up and down my spine. I love setting out on the next adventure! I can’t help but think of the line from the Shawshank Redemption, “I find I’m so excited that I can barely sit still or hold a thought in my head. I think it’s the excitement only a free man can feel. A free man at the start of a long journey whose conclusion is uncertain.”

It was late, but I wasn’t tired. I called one of my other brothers (I have five), and we carried a good conversation until I lost phone service. 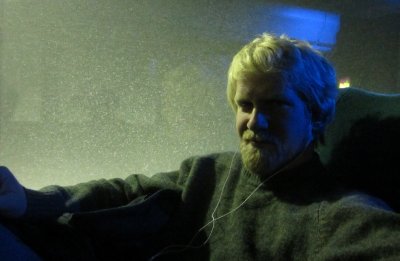 The bus wasn’t very comfortable. I couldn’t get the seat in the right position. The heaters were blasting and I became too hot in my wool sweater. At the back of the bus, there was a weird blue night light left on for those who wanted to use the head. The light was annoying. I was bathed in a bright blue light for the whole ride. I should’ve moved out its glare, but I didn’t think of that at the time. I caught a catnap here and there, but really didn’t get any solid sleep.

What the bus lacked in comfort, it made up for in speed. The hours flew by, in a bluish blur of wintry scenes and bizarre dreams. I woke up after one small catnap in Escanaba. I gathered my stuff, and stepped off into the cold. The stars were twinkling above, and I admired them for a few minutes before stepping inside the station. I realized it had been too long since I stopped to admire any starry nights. A fool I am. 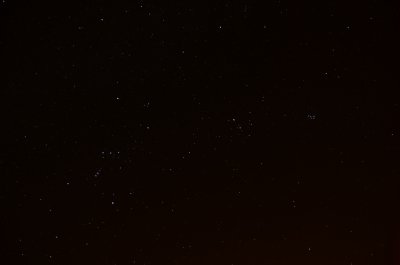 The lobby of the bus station had an odd shape, yet warm and bright. The first thing I noticed was a small stack of books sitting on the bench. I sat next to them, and picked one up. It was “The Road Home,” by Jim Harrison.

Harrison is one of my favorite authors- a master artist with words. I thumbed through the chapters trying to decide if I had read this book, and I was pleased to realize that I had not. The title gave me pause, “The Road Home.”

Lately, I’ve been thinking about what “home” means to me. I haven’t come up with any revelations. I’m not sure. I’d love to have a home again one day, a base camp to recuperate and relax between adventures. I’m also keen to turn it into an amazing place to host other travelers, a kind of unofficial couch surfing hostel. I’m not sure what form this takes, or where it is…yet. I do know that I want to share this project with someone, but haven’t met them…that I know of. It’s very unclear. However, finding this book in such a random place and time has made me think. Is this book a sign? Am I on the road home? It’s far too early to tell, but it is fun to think about.

After a brief layover, I boarded the bus, one book heavier.

I stayed awake for this leg of the trip. It isn’t far from Escanaba to Menominee. I listened to tunes and watched the road ahead. When we reached Menominee, the bus pulled over and I got off. The driver handed me my bag and wished me a good morning. It was 5 a.m. and I had been up for a very long time.

I shivered. My breath swirled around my face and started to freeze to my beard. I called my nephew, and we worked out a place to meet. I walked a couple of blocks back northward and met him at a gas station. The station was bustling with early commuters stopping in for coffee and cigarettes.

It was a pleasant walk through the quiet neighborhoods of north Menominee. The houses stood still and quiet. We chatted, we reconnected, and we reached his house after a ten-minute walk.

At Rex’s house, we sat in his dark living room while sipping hot coffee pressed in the French style. We made a hearty breakfast of bacon and eggs with toast covered in homemade blackberry jam. We drank more coffee. I think I had four cups.

Rex put on a movie, “Tucker and Dale VS. Evil” which was stupid enough to be hilarious. I passed out into a beautiful slumber even after drinking four cups of coffee. I was exhausted. When I awoke, there was a gigantic cat nestled next to me, happily purring away. This cat was huge, it couldn’t started at left tackle for a division two college football team. It was unexpected, but not the worst way to wake up. It was noon, and the adventure was off to a fine start.

I like that you get out of your brother's car and then call your brother on the phone. Only a few of us will know they different brothers and how vague the term "my brother" is for you. I am glad you have started a new adventure!

Ha! You are right! I better give some insight.. Thanks for everything heather!