Do you know what it’s like to work night shift? I’ve had to work nights out of necessity this past week. My fellow deckhands suffer from motion sickness, and the ocean was giving us a hell of a ride on our positioning trip from Portland, Oregon to Los Angeles, California. The ocean’s motion doesn’t affect me, so I volunteered to stay up and do the hourly rounds all night long for the last five days. 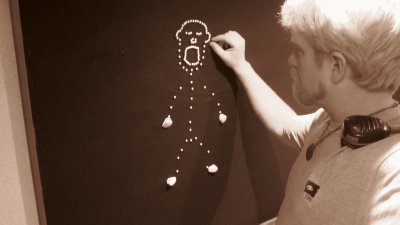 This isn’t normally a problem. I like the nights, and I love the ocean’s movement. However, yesterday was the start of my trip to Argentina; a travel day. Starting a travel day without a full nights rest is akin to spraining your ankle five steps before running a marathon. I knew it was going to suck, but that‘s the way it goes. There was nothing to do about it, so let’s get on with it. Ha! I love my stoicism, sometimes.

A Day of Suspended Animation 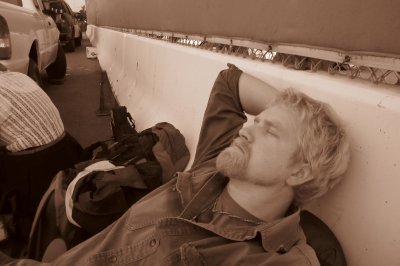 I sat along side of the trash-strewn road in the dusty bleakness that is the industrial wastelands of the Los Angeles waterfront. Fare the well, Seabird. I am gainfully unemployed and uncaring. After three and a half months aboard my beloved ship, it’s time for a little rest and relaxation.

At LAX, my friend and I breezed through check in requirements and soon found ourselves with drinks in hand at 10:30 in the morning. A good start. My friend surprised me with a gift from one of our chief engineers. It was a travel pillow. I choked up a little bit, moved by his kindness. When I’m sleep deprived, the highs are higher, the lows are lower; life gets more potent.

I passed out in a terminal chair, fading into suspended animation. These places are terminal. I woke up a half hour later, feeling much worse.

Finally, our flight time arrives, and I board the plane. Inside, I could feel the mood of the plane was reaching the boiling point. Everyone was exasperated, nearing meltdown. “People, please! The overheads are filling up. Please check them to your next destination.” My fellow passengers were annoyed and turning selfish. Ugh. I sat down. I had no room to stretch my legs, and crumpled into the most comfortable position I could. I looked out the window as passed over the ocean beach. I see a white line of waves. We arc, turning east. At ten thousand fifty feet, I pass out.

I awoke two hours later. My dreams were vivid and of the terrifying kind. I think I angered the gods, but I’m not sure. I feel like a zombie. I can’t remember how long I’ve been awake compared to these paltry naps. I don’t care. I will carry on. I can sleep on the next flight.

“Houston, We Have A Problem…”

The Houston airport was nice. We had a long walk in front of us, but our flight was delayed by a half hour, so there wasn’t any hurry. We ate dinner. We sat around. The intercom blared, “Flight blah-blah-blah to Buenos Aires has been cancelled. Please wait in line.” Uh-oh, now what? 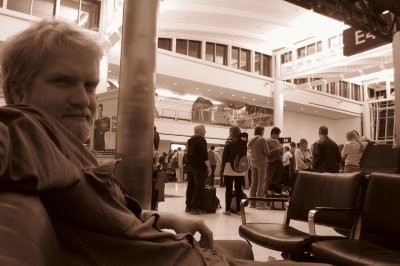 We waited somewhere near the end of a very long line. In ten minutes, it didn’t move. I laugh. What can you do? Suddenly, the kiosk at the other end of the terminal opened right where we were standing, and just like that, we were first in line. Ha! What a twist of fortunes. The patient airline representatives offer us apologies, a hotel, a cab fare, food fare, and an amazing display of stress management. Imagine dozens of travel weary annoyed people who want answers, and alternatives. They are impatient and surging, and looking ready to scream. 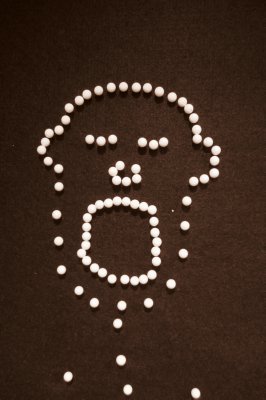 My friend and I are not impatient. After all, we are first in line, and we understand that shit happens sometimes. Then the booking system crashes, and the airline people are really feeling the crushing stress. They make calls, they offer more apologies, they keep trying. When they hand us our documents, minus one boarding pass, we thank them, and wish them well.

We walked through the quiet terminal to ground transportation and the next fiasco. United gave us vouchers for the Yellow Cab Company. The six other taxis in line couldn’t help us. We thought of the hundred people that would soon be waiting for a yellow cab, and shuddered. This was going to get ugly, very soon. Luckily, a yellow cab rolled up and we hustled over to it. After a confusing conversation about the validity of our roundtrip voucher with our driver, we settled on a compromise. We’d call him in the morning, so he could give us a ride back to the airport, which would settle our voucher.

I tried to enjoy a long ride to the hotel through the dark freeways of Houston, but I didn’t. I was exhausted beyond caring.

What does this mean for me? Well, first things first: I slept in a bed instead of an airplane seat. Gods, be praised. Six hours of sleep in a real bed was a short trip to heaven.

Here’s where I now stand.

The next flight leaves today at 1 pm. We crunched the numbers, and figured out that we will arrive at 2 a.m. After customs, we’ll have to beeline it to the hotel to meet our charter flight group at 5 a.m. It’s going to be close, but it looks like we can make it. It’s important that we make our charter flight, because this is the one going to Ushuaia, where we will board the cruise ship. 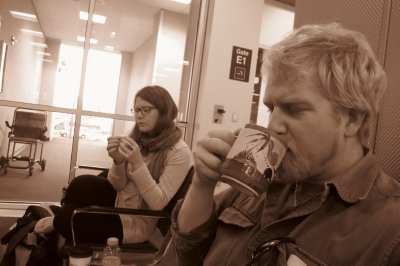 At this moment, I’m sitting in a chair at HoustonX. I look like hell, but feel much better than I did yesterday at this time. Someday, I will sleep, but not today. Our flight leaves in three hours, and I’m optimistic we will make it to our destination. It’s going to be a long day, but I’m still smiling.

If all else fails and we miss our ship, we’ve decided we’ll just rent a beach side cabana and chill out for a couple of weeks. How can I lose?

We sat in the plane still connected to our gate for another hour and a half. We were waiting on approval from the Argentine government, which required a piece of paper. I kept running the numbers through my sleep-deprived head. “Ok, if we leave here at two, that makes it five o’clock in Buenos Aires, a ten hour flight has us arriving at three a.m.” Two o’clock came and went. We finally took off at two thirty, meaning we would land at three thirty in the morning. With customs, and trying to find the rendezvous location somewhere downtown, this didn’t leave us much time for any more delays.

This was my first long international flight, and I spent my time engrossed with my entertainment screen on back of the chair in front of me. This system was our in-flight entertainment, with games to play, movies to watch, television shows, music, and an in-flight map of our current location. I played a couple dozen games of “Battleship”, some golf, and chess. I watched part of “The Hustler,” “Finding Nemo,” and all of “Prometheus.”

I only slept for an hour. This meant that by the time we landed at three thirty in the morning, I had more or less been awake for eighteen and a half hours. And I still had a completely full day in front of me before we even arrived at the ship.

There were no problems at customs. They stamped my passport, wished me luck, and motioned for the next person in line. We were fortunate to find out that there were other members of the Antarctic expedition that were on the same flight. This meant that there was no way we would miss our flight to Ushuaia, and we could relax a little. The van to the rendezvous was full, so we had to take a cab. This was easy, but we forgot to get an address to the hotel where we would all be meeting. Our cab driver was a saint, called for information and soon had the address. He hit the gas, and we rocketed through Buenos Aires at five in the morning.

It was sweet relief to see the hotel, and our friends waiting for us. The hard part was over. We had made it with an hour and a half to spare. There’s nothing like making it interesting.

I’ve had some very bad luck with my flights over the years, and this one was one of the better pressure cookers I have faced. There was a lot at stake for this one. If I missed my flight to Ushuaia, chances were good that I missed my shot at seeing South Georgia and Antarctica. I was aware of the stakes, but kept my usual calm demeanor. It was kind of fun racing the clock to make the trip, it made it a lot more interesting than being in the city a full day ahead of time. Despite staying awake for endless hours, waiting in the airport, airplane, and all the rest, we made it. And that’s the bottom line.

The rest of this story isn’t as interesting as what I’ve already told you.

We had breakfast at an opulent hotel for the well to do. I looked like hell, felt worse, but thoroughly enjoyed breakfast, chatting with my friends, and relaxing. I’ve never been in such a luxurious hotel before, and I kept my manners in mind as I ate. I can only imagine what the staff was thinking. “Who let this bum in here?”

We took a bus through Buenos Aires, and I fell in love almost immediately. I will be back. You can count on that. We took another flight south to Ushuaia, and by the end of it, my lower lumbar region was cramping and I didn’t want to sit on airplanes anymore. I was sick of it. We landed, disembarked into the brisk wind rain and snow of Ushuaia.

Our guide on the bus told me, “We have two winters here; one is colder than the other. We don’t have any summer, and the wind always blows.” I smiled. I was unprepared for this as I wore my leisure airport wear. I am used to cold wind and rain, and I walked on enjoying the fresh air. My “high watered” pants actually came in handy when I had to walk through an icy puddle.

More on Ushuaia in future posts.

We took a lunch cruise along the Beagle channel in a catamaran. It was a full lunch, delicious and made with love. I ate a ham salad, chicken stew, and drank three glasses of wine. It was delightful. I stood on deck in the chilly breeze and saw my new home moored to the dock. We unloaded, grabbed our bags, and walked up the steep gangway to our flagship, The National Geographic Explorer.