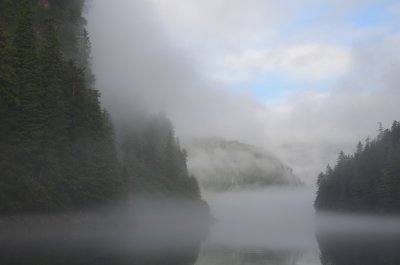 I’m trapped in the ether of Southeast Alaska. In this region of Alaska, the simple act of breathing is a pleasure. The air is coldest at the point of entry- my nose- and warms only slightly as it flows down my windpipe into my lungs. At the entrance to my lungs, the cool air spreads evenly into my lung tissue. It feels as though someone just walked into a warm and cozy house after spending several hours out in the winter cold. It smells fresh. It tastes pure. It blows my endorphins wide open. With every breath, I feel alert, happy, and somehow, more alive. 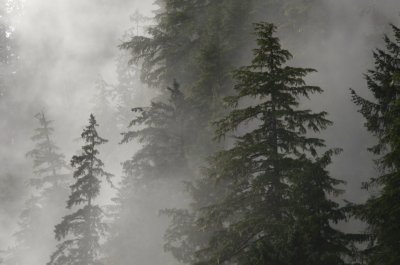 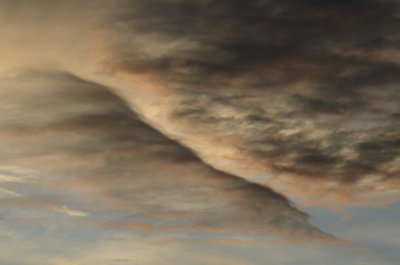 When I say I am “trapped” here, I mean to say that I am once again working on a ship with few options for escape. To those of you who might have worked on a vessel before, you will understand what I mean. Even if I wanted to gain my freedom, there are only two choices: I can jump off the boat and swim to shore, or I could get off at the next port later on in the week. I think I’ll stay.

Life on a ship is not so bad actually. The work is good, the people are fun, and the seascapes are breathtakingly beautiful. 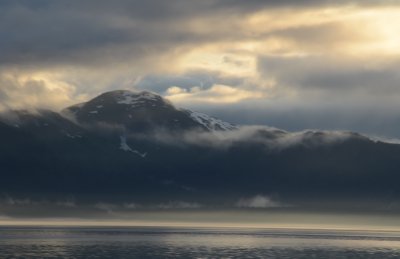 In fact, I think Alaska is almost impossibly beautiful. I will never understand the physics behind the mist and fog that forms and flows around the islands, mountains, and rain forest. I don’t think I want to. Physics aside, the results are inspiring. 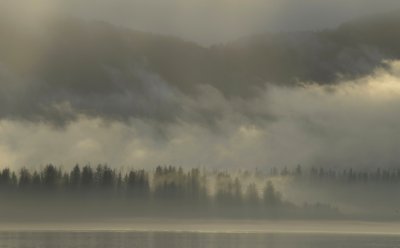 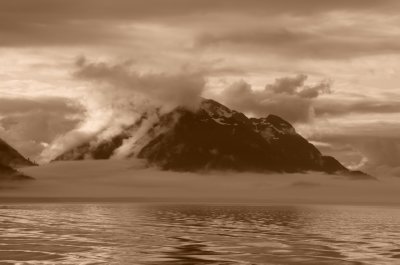 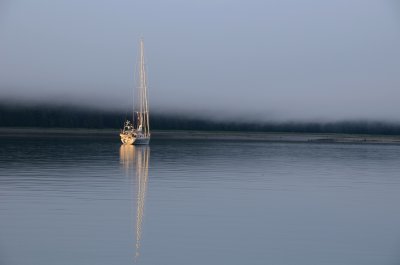 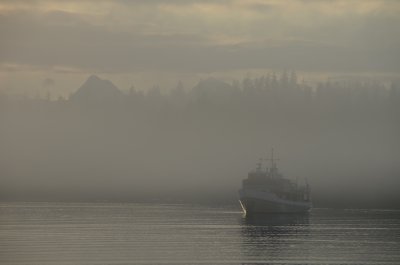 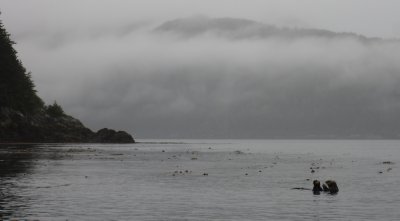 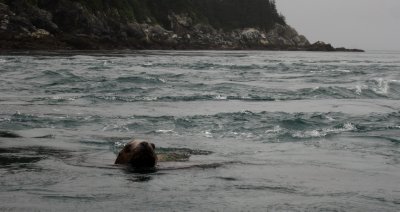 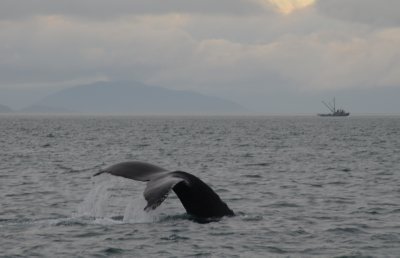 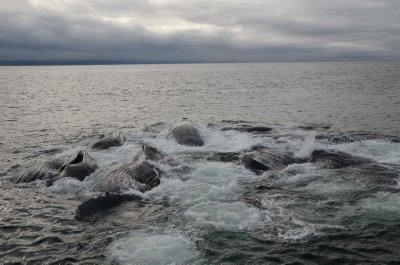 It was very exciting. I was leaning on a portside rail, looking out at a school of herring dancing on the water. A quivering ball of herring makes the surface of the water bounce, as though a heavy rain is falling on the ocean. I heard the whales before I saw them. I looked down and with a rush of frothy white water, the pod broke through the surface right next to the ship. I was spellbound. 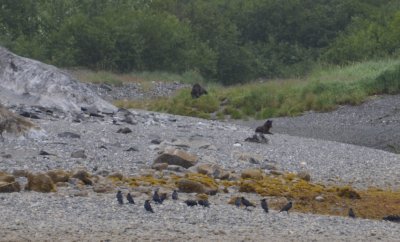 On land, I watched grizzly bears foraging along the shore. They were prying mussels off the rocks for their lunch. I spied a wolf pack through binoculars loitering on a beach. The pack had a young pup, and it embraced its playful nature. While the mother and other members relaxed on the beach, the pup ran around between them biting them on the muzzle. In one scene, I saw a murder of ravens, a wolf, and a grizzly bear hanging out near a creek.

The Reid glacier in Glacier Bay National Park is one of the prettiest I have seen. A giant ice cave has formed on its face this year. I love looking at the texture and coloring of this glacier. It has a marbled look, mostly brown and dirty white, but it glows a very subtle glacier blue. 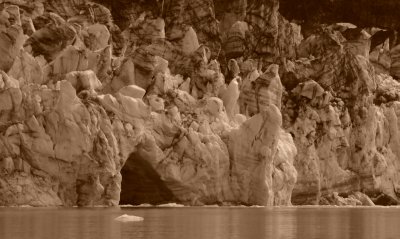 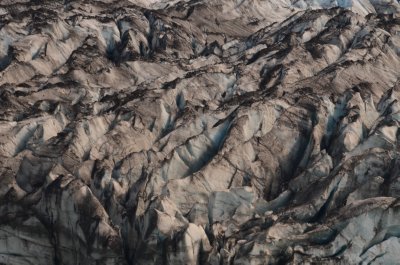 This past week was perhaps the best welcome back present I could have had. Alaska continues to be very good to me. I feel like my words and pictures can’t really do this place justice. I could use thousands of adjectives from the English language, but none of them comes close to describing what it is like to stand in place and look off to some distant fog covered island. It is one of the world’s truly remarkable locations. 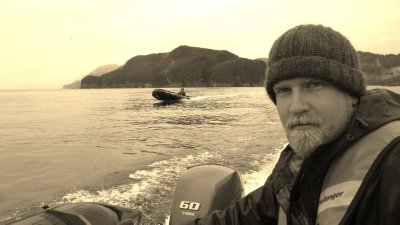 I’m satisfied with my captivity. If I’m going to be in prison, it may as well be by choice in the wilds of southeast Alaska.

Ypur photos have such a smokey, ethereal effect, they are lovely!
Thelocaltravelerns.com

by The Local Traveler NS