To North Crestone Lake, Colorado Wildflowers, The End of the Adventure and the Best of Nebraska 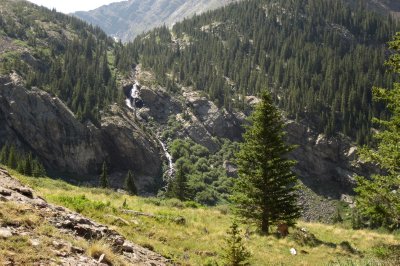 I had been following North Crestone Creek since I left my campsite at seven in the morning. It was now nearing ten o’clock, and I had hiked four miles while rising well over three thousand feet. Across the grassy meadow to my right was a skinny waterfall that dropped one hundred feet or more. I figured that North Crestone Lake had to be hiding somewhere above the waterfall. 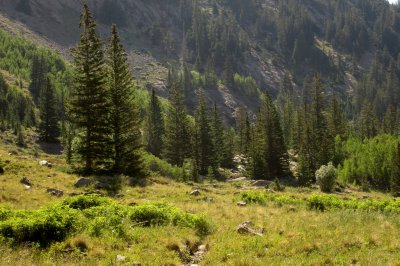 Up here, the air was noticeably thinner. My breath came in small gasps as I followed the steep switchbacks that wound through the loose rock of the ridge wall. When I paused to rest, I caught my breath within a minute, and my heart slowed to a normal rhythm. I smiled. I was in shape. The last three months of vagabonding has treated me well. I am in the best shape of my adult life, and this five mile hike into the high country of the Sangre De Cristo (SDC) mountains of Colorado was a piece of cake (POC). 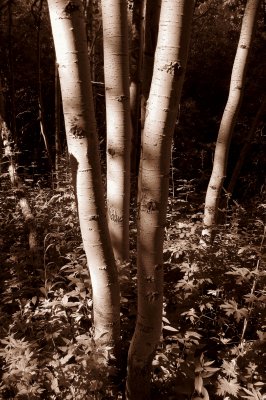 During my hike, I passed through four noticeable zones of vegetation. I started out in a narrow canyon of the creek in a thick pine forest. I gradually rose into healthy groves of aspen. Their lime green trunks were smooth to the touch, and their quaking leaves offered a shimmering shadow on the path I followed. The aspen groves gave way to open high mountain meadows. They were full of lush green grasses and bursting with wildflowers. Finally, when I neared the lake I found an alpine meadow. The soil was thin, but it still provided enough nutrients for an entire meadow of wildflowers. I unfocused my eyes and saw a carpet of purple, mays, white and blue dotting a lush green background. This could have been a dreamscape. 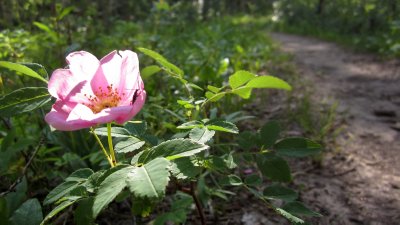 The scenery was spectacular. I have had visions of Colorado high mountain meadows in my head for as long as I could remember. The landscape I walked through was reminiscent of these daydreams, and the higher I climbed the more I realized I was living my dream. 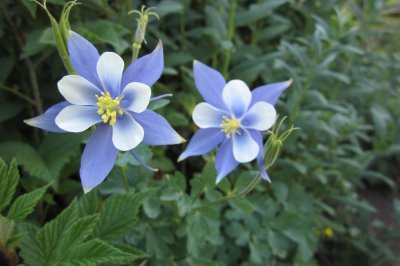 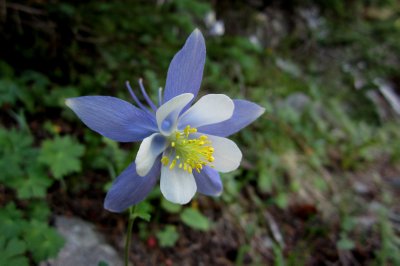 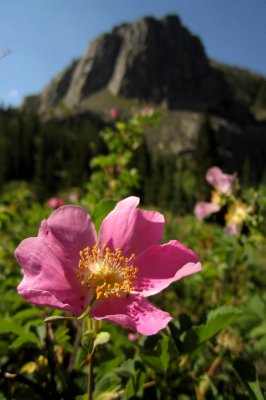 I counted twelve different varieties of wild flowers. I’m certain this number is a conservative count, as I hadn’t been keeping track for most of the hike. Flitting among the pockets of flowers was an equally diverse population of butterflies. I wondered if the thin air affected a butterfly in any way, but they seemed normal to my eye. This Swallowtail posed beautifully for me and allowed me to get very close to its perch. Perhaps mountain butterflies are more tolerant of humans, then their low elevation cousins. 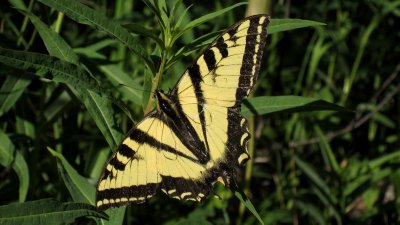 I felt small. The rocky mountain peaks of the SDC towered all around me. Sheer walls of rock protected their high points, and by the effort it would take to scale them. To me, they looked inviting. Where there is a will, there is a way, and I’m certain I could unlock the puzzle of climbing those walls safely. However, this was just a warm up hike, and I decided against the extra strain of mountaineering on this hike. 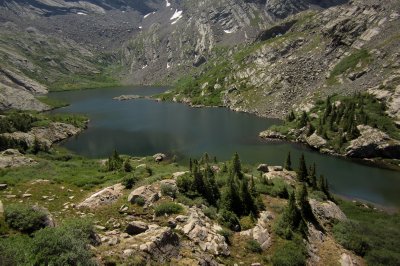 Finally, I gained the top of the ridge and below me lay the crystal clear lake tucked neatly beneath four peaks. I laughed. I whooped, and I let out a yodel. It’s true, I can yodel. But I don’t do it very often. It’s bad enough I roam around without contributing much to society for months on end, why would I make the populace listen to my yodeling too? My soaring voice ricocheted off the first mountain and back to the wall behind me, before making its way higher up the walls of the distant mounts and escaping into the stratosphere. I was satisfied with my insignificance. Once in awhile, you might notice a cricket chirp too.

I skipped down the trail to the edge of the lake, pausing to admire the sunny meadow full of flowers, bees, grasses, birds, butterflies and me. There wasn’t anyone else around for miles. I stripped down to my underwear, and eased myself into the cold water. As I slipped deeper and deeper into the water, my skin tingled with chill. It was like dipping yourself into an icy energy field that took your breath away, yet left you feeling more alive than you have ever felt, at least for this week. It was awesome. 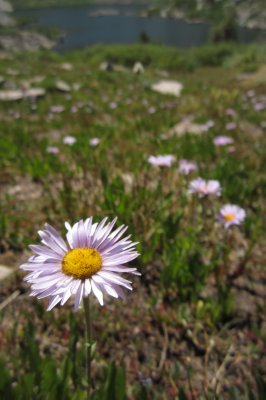 I drip-dried among the flowers, content to take in some sun, and sip water while the world buzzed around me. I think it’s safe to say I was buzzing too, but it is hard to notice your own buzz that you emit and share with the world.

End Game
When I reached the trailhead, I was melting. As a candle slowly shrinks, my wax was dripping out of me in the form of sweat. It felt like ninety degrees, at least. I popped open my car, and dodging the rolling ball of heat trapped within. I opened my cooler, and found lukewarm water instead of the ice I placed there yesterday. I sighed, grabbed my cheese, a tomato, cranberry juice, and a hunk of French bread. 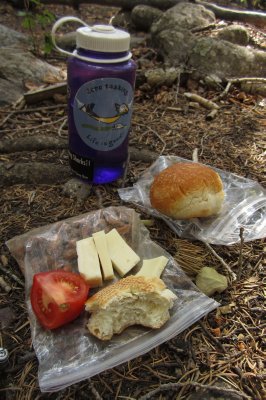 I sat in the shade of a giant boulder and ate my lunch. It was good, and tasted great. In the heat, I tend to eat lightly, opting for easy to prepare non-cooking foods. It was in that moment that I grew weary of this adventure. I was tired of trying to figure out where I was going to sleep every night. I was tired of the heat. And I was just plain tired. I had been on the road for three months, and I had reached my limit. 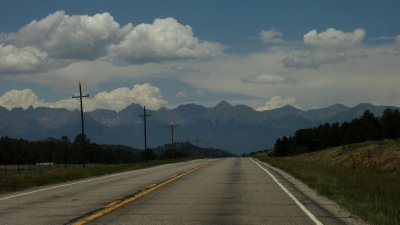 I packed up my gear, and put on my flip-flops. I drove out of the campground, and stopped briefly in Crestone to call my brother. The conversation was quite short. “Hey man, I’m headed your way. “ I informed him. “Ok, dude, I’ll see you when you get here.” My brother understands me. He didn’t even question me. With that, I was off. I drove south and east to escape the mountains. From Walsenburg, I started traveling northeast. 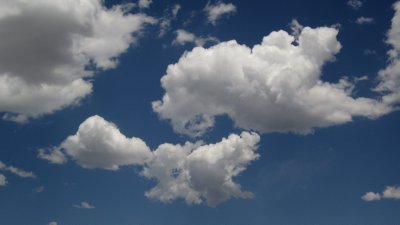 As I passed from the mountains and into the eastern plains of Colorado, I felt my soul ease into contentment. On the western edge of the vast emptiness, I found peace. There is something soothing to the open grasslands that speaks to my soul like nothing else I know. As I drove northward, the sun set into the smoky air over Colorado Springs, turning the sun into a bright fiery ball of orange. To the east, a shaft of a rainbow grew bright for an instant, then eased from my sight as if it had never been there. Colorado was saying farewell.

I rolled on into the night. 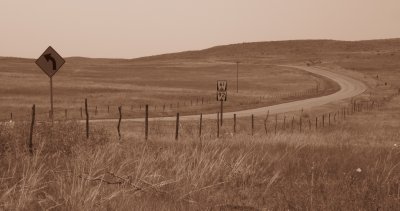 I was cruising north on a skinny black asphalt road somewhere in western Nebraska. I was too lazy to stop and buy a map, so I wasn‘t sure where I was. It was very liberating to travel without a map. I chose my directions by dead reckoning and by the allure of the surrounding scenery. If I passed a road that caught my eye and it was heading in the right direction (north or east), I took it. It’s the only way to travel the plains. 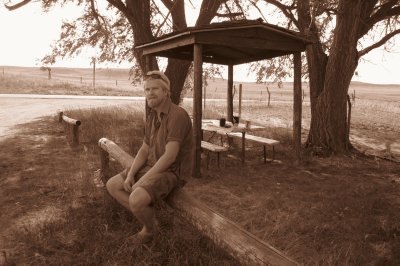 I was thinking a lot about a cup of coffee. I love the taste of coffee as I drive my morning roads. As luck would have it, a small roadside picnic area appeared just up the highway, and I slowed to pull over. I laughed. It consisted of a small picnic table in the shade of two giant cottonwood trees at the intersection of two lonely highways. It was very modest, but it was perfect. I happily pulled out my Jetboil stove and heated up some water for my French press. I ate an orange, and a Clif bar, while sipping hot black coffee. I was in breakfast heaven. 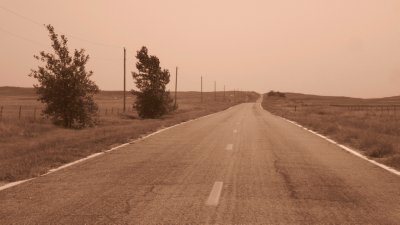 Nebraska makes me appreciate trees. There aren’t many trees out here, so when I see one, I take a good look. You might not see another one for another hundred miles. I look to see what type of tree it is, how much shade it produces, and can I set up my slack line or hammock. In western Nebraska, Cottonwoods are the most plentiful. Where Cottonwoods grow, you can usually find a good source of water (though it may be underground). That’s why they are so plentiful around the rivers and canyons of the west. 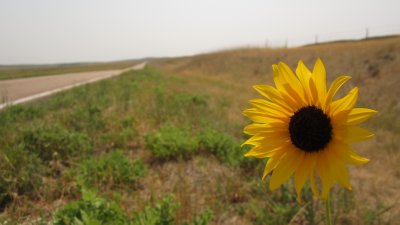 The sand hills region of Nebraska is very beautiful, but so very lonesome. It is so forlorn and empty; it could make a coyote cry. There isn’t much out here but undulating grass covered hills, wild prairie flowers, the relentless wind, and assorted prairie animals. Most Americans and travelers miss this unique place. With time on my side, I pulled over to admire some prairie sunflowers bobbing in the hot wind. I also stopped to use the local rest stop. Believe it or not, this was one of the cleaner rest rooms I’ve seen in my journeys. It had a small population of hornets living inside, but they minded their own business, and I minded mine. 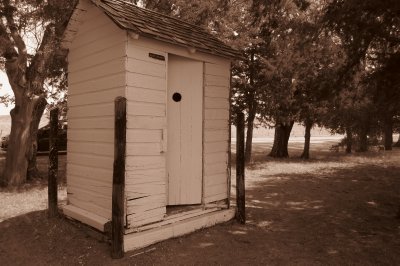 I love driving through the small towns of the plains. If you are driving through Nebraska, get off the major highways. Go and visit towns like Arthur, Tryon (population 157), Amelia, Winnetoon, Verdigre (The Kolach Capital of the World) and Orchard. Not only are these towns charming, but they help break up the monotony of the drive. The big question I ask myself is, “Why do people live here?” 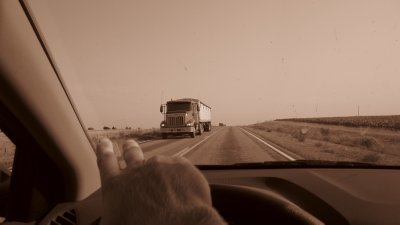 I love the fact Nebraska is a waving state. Eight out of ten cars will wave at you when you pass them on the highways. Not every state waves, but Nebraska does.

In the evening, I pulled into the small town of Orchard. I was getting tired of driving, and I was looking for a place to camp. One great thing about the small towns of the plains is they are very friendly to campers. Most towns have a city park, and most parks offer free camping. Orchard’s city park was perfect. It was dotted with old oak trees and pines. It had some playground equipment for the kids and a covered picnic area for receptions or rainy weather. 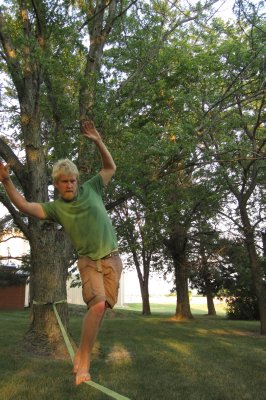 The grass was green and well tended. I parked my little car and got out to stretch. I set up my slack line between two trees and practiced my craft. Then I cracked a sweating Corona from my cooler, and chopped up a cucumber, avocado, onion, and green pepper. I squeezed some lime juice on it, hit it with a dash of pepper and ate it with tortilla chips. My green salsa is always a hit. 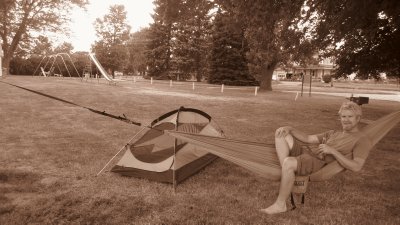 After dinner, I relaxed in my hammock. I popped another beer, and took out my phone. I sent texts out to five random people, just to say, “Hey, how are you?” The sun set, and the stars emerged from the dusky blue sky. 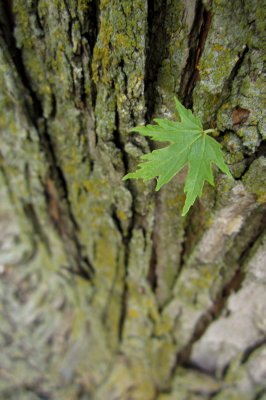 I think my next American road trip is going to be a tour of the Great Plains. I’m going to start either on the south end in Texas, or on the Canadian shield in northern Saskatoon. I’m going to try and see every backwards old town I can find. I’m going to camp with the coyotes, hike out into those sand hills of Nebraska, and see what is beyond those endless hills. I can’t wait.