An Ethereal Study of Reflection, Ocean Life and Fun

These are my final observations of Alaska for the year. 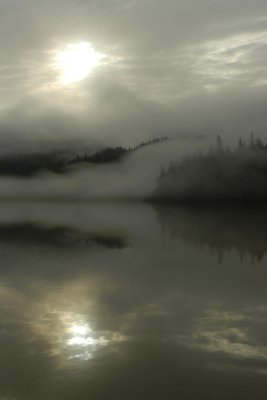 One: The Misty Fjords weren’t as misty as I expected them to be. To be sure, the morning was very misty, and very beautiful because of the vaporous water. Later in the day, they burned off, revealing the impressive rock faces that make up the landscape. 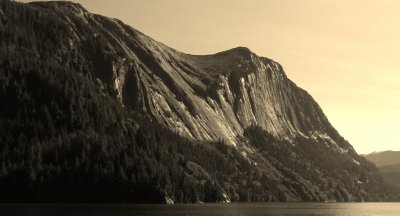 Sometimes, incredible weather can happen in the most unlikely of places.

Two: Alaska was very good to me this year. Thinking back on all of the amazing things I have seen this past summer has been further encouragement, that I am indeed on the right path. Aye, life is good. 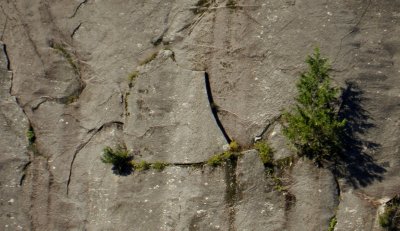 Four: It’s been a fantastic trip. How lucky can one guy get?

These are my observations of British Columbia. 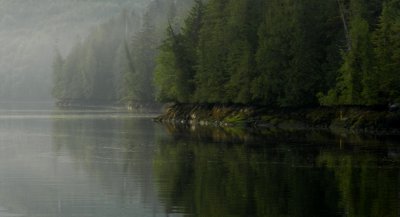 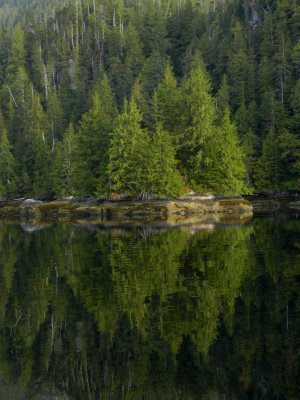 One: British Columbia has amazing morning lighting, leading me to conclude it is an ethereal realm where the intense greens were mirrors on the surface of its protected narrow and winding waterways. Eventually, the mirrored images begin to form unique natural designs, and patterns. I was lost in brightness of the trees, the beautiful patterns repeating themselves, and the overall beauty of the mornings. 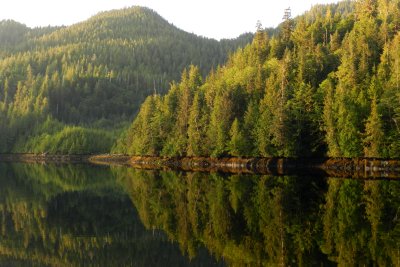 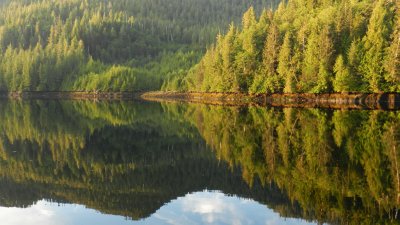 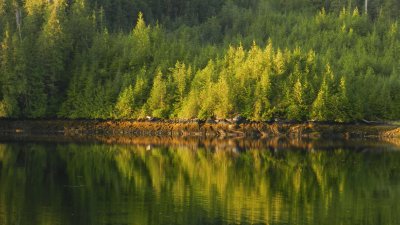 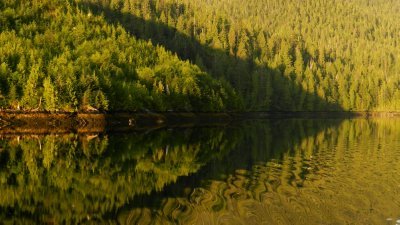 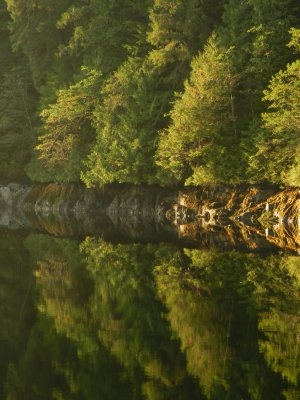 Two: Kayaking is splendid activity to enhance the visuals of item one. I spent a morning floating on a placid surface, paddling hard when I wanted, but mostly taking it easy and exploring the intertidal zones along the shores of these lushly forested islands. I saw gigantic sea stars, and other invertebrates I hadn’t seen before. B.C. is a healthy place, the environments and ecosystems are strong, and flourishing. 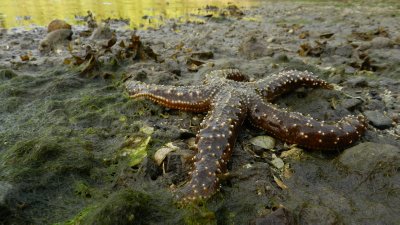 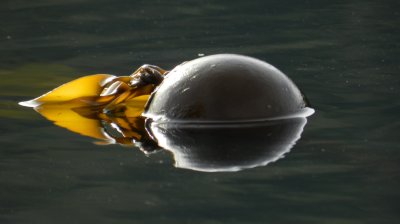 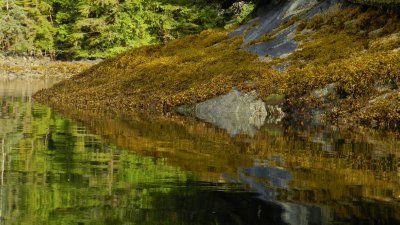 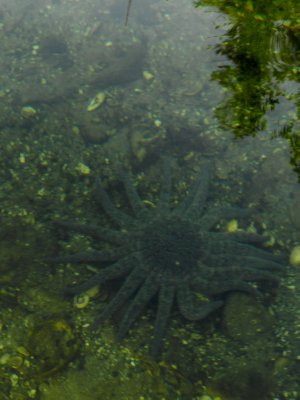 Three: The wildlife of British Columbia can be quite good. I saw pods of Orca, including a mother and calf pair that played in the tidal current lines just aft of our ship, not more than thirty feet away. We were out of gear of course and posing no threat to any wildlife. To find yourself surrounded by water mammals is a good situation to be in. 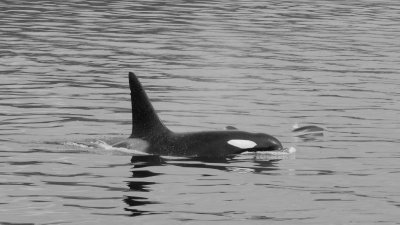 To top it off, we found a pod of Pacific White Sided dolphins! There were several hundred in the group, and most of them were jumping in and out of the water with dolphin regularity. It’s hard to follow dolphins as they streak through the water. They are unpredictable. The best course of action is just to trust your instincts and keep shooting. For every fifteen bad pictures I take, there is usually one gem.

The dolphins made my day. Just when you think there won’t be anything else to make a trip better, dolphins show up and spread that smile on my face just a little wider. 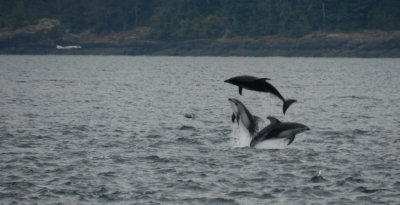 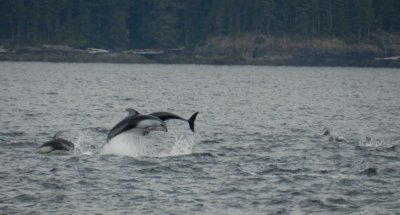 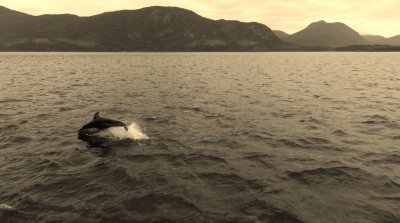 Four: British Columbia has a lot to offer. Go check it out sometime. I don’t think you’ll be disappointed. 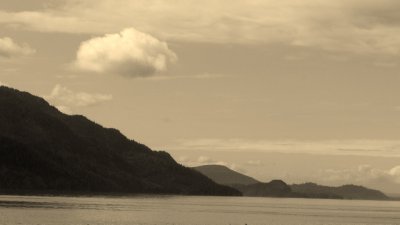 I'm now back in the Lower Forty-Eight, about to spend six weeks travelling up and down the Columbia, Snake, Palouse, and Willamette Rivers. 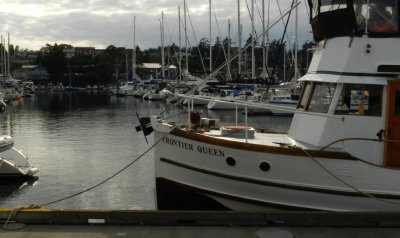 What animal is that, under the first starfish picture?

That's not an animal, that is bull kelp. It floats on the surface with that pod full of gas which allows it to stay in sunny places..