I was looking at a map of northeast Ohio, and saw to my surprise that there was a national park not too far away from where I am hanging out this week. Who knew Ohio had a national park? I didn’t, but when in roam, make like the roamers, and so we headed on down to check out Cuyahoga Valley National Park.

Cuyahoga (pronounced Cay-uh-ho-guh) means “Crooked River” in Mohawk. It seems to me that every river I’ve ever encountered suffers from this same affliction. Are there straight rivers? Never make a deal with a river, it’ll probably gyp you out of something.

The Cuyahoga Valley has been the stomping grounds for man for eons,perhaps 12,000 years or so (but who’s counting?). In more recent history (the 1800‘s), the Ohio and Erie canal ran through here, partially watered by and parallel to the Cuyahoga. The canal also had an impressive system of locks, which allowed barges to make navigate the elevations between Akron and Cleveland. The canal was a huge success, and allowed settlers and trade goods to be passed along between Akron and Cleveland. In short, this canal helped open up Middle America for settlement. 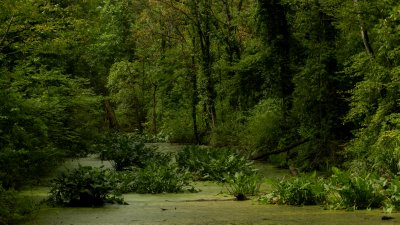 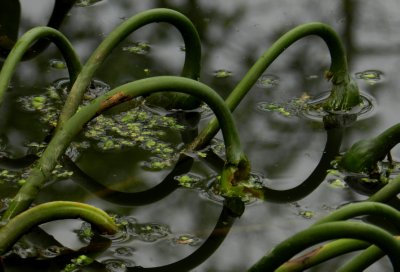 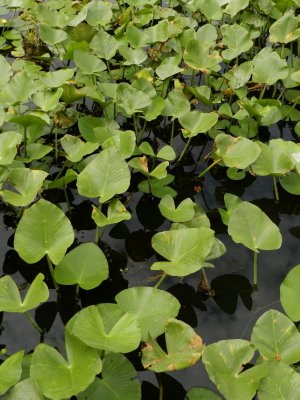 There isn’t much left of the canal today. It was abandoned in 1913, and nature has been slowly reclaiming its territory ever since. Today it’s a lush swampland full of plants wetland flowers and animals that love the water and thrive here. 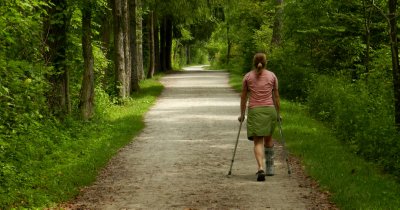 My adventure partner is a bit limited in her mobility just now, so we took it easy and went for a stroll on the Towpath trail, near Ira. We followed the white gravel trail until we crossed over a series of wooden walkways over a beaver pond marsh. Given our limited mobility, this seemed like a good place to see some wildlife, and I wasn’t disappointed. 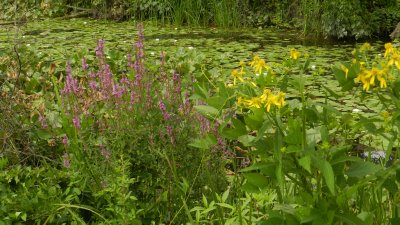 The beavers have done a terrific job of creating a beautiful wetland full of wildflowers, swamp grasses and reeds. This habitat provides a good home to a wide diversity of animals and insects including turtles, fish, frogs, herons, butterflies, bees and other birds. 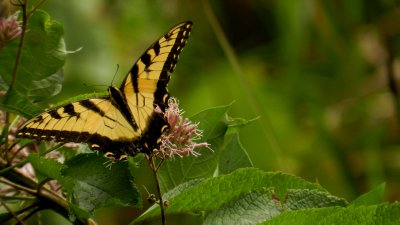 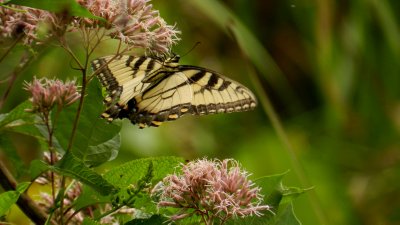 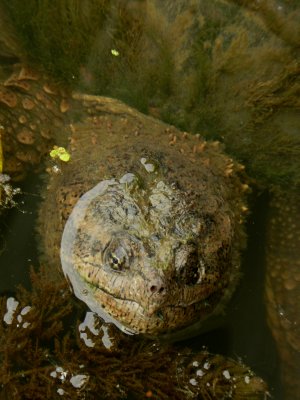 It took me 29 years to capture a good photograph of a great blue heron, and I had to go to Mexico to take it. I guess the first one is the hard one to get, because since that one, I’ve had no problems getting the herons to pose for me. Out on the boardwalk, one of these beautiful birds was sitting silently on a log not more than forty feet away from me. Knowing how long I had to wait for the first picture of one, I took the opportunity to take a few more. 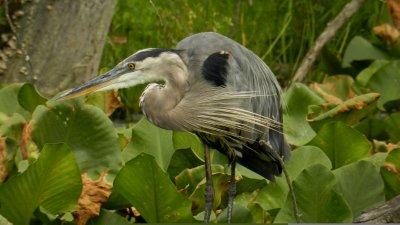 This particular heron sat motionless for some time, but then, slowly, moving its long sticklike legs very carefully and deliberately it began positioning its lanky body to snatch a fish out of the water. Herons like other water birds use slow movements and infinite patience to catch their prey off guard. The fish get used to seeing an unmoving heron standing in one place and grow complacent. Then when they aren’t suspecting, SNAP! They are in the long beak of the heron and down the gullet. 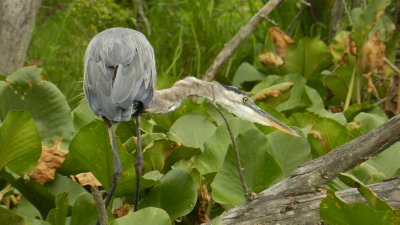 I watched this heron do just that. It slowly uncoiled its body, and positioned its long neck closer and closer to the water. With surprising speed, it shot its beak into the water and snatched the fish. It happily ate it, and I watched the small lump travel all the way down the long heron neck.

Besides the heron, I was struck by the white water lilies that were in bloom on the surface of the water. They seemed to have a subtle grace and beauty to them that I found very alluring. I made several portraits of these flowers and couldn’t decide which I liked best, so I’ll let you decide. 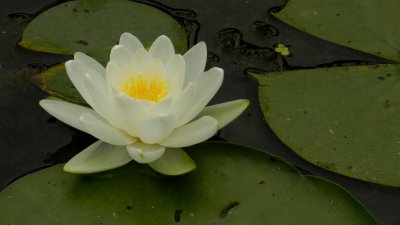 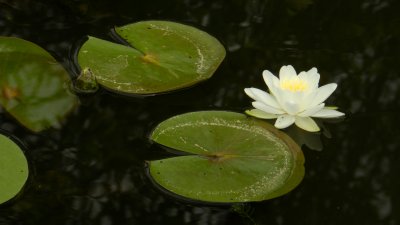 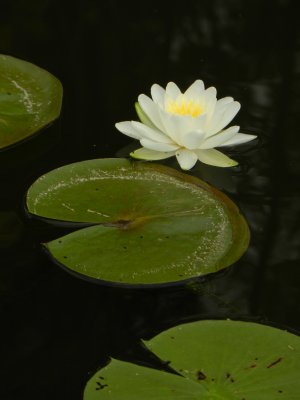 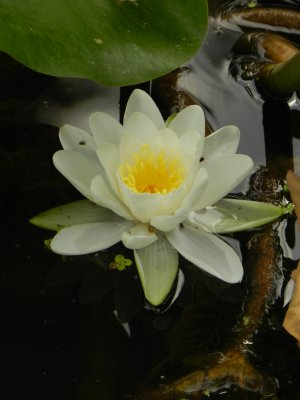 The trail was busy. It was full of families riding bikes, runners, joggers, lurchers (people who jog with weird strides), and walkers like us. It was a summer weekend, and it was good to see everyone out and about.

We finished off our visit with a stop in the small, picturesque little village of Peninsula. We ate lunch at Fischer’s Café and Pub, and it was very tasty. I’d eat there again, and recommend you stop in if you are in the area. I went for classic man food, a BBQ cheeseburger with fries, and it was delicious.

Cuyahoga Valley National Park isn’t a wild park. It’s pretty tame in comparison to some of the other national parks I’ve visited recently (Glacier Bay National Park, in Alaska), but it does have its charms. The history of the place, combined with the natural beauty found there make for a pleasant place to spend a day or two poking around. I would definitely go back, and would like to bike the length of the Towpath Trail. 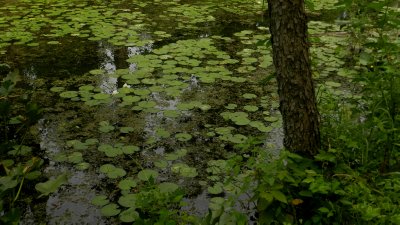 I didn’t see the entire park either, I’d like to check out Brandywine falls in autumn, and Tinkers Creek Gorge. I’d also like to see more of the canal, and see some of the rebuilt canal boats that used to navigate the canal. As I was just thinking about it, a possible interesting canoe trip would be to canoe the entire length of the Erie Canal, some 380 miles of it, but I’m not sure that’s even possible anymore.

I guess it’s safe to say, I’ll be back to the Cuyahoga Valley someday.

There are some herons that live on Oak Lake by the cottage. They sometimes fish off the dock. Beautiful to watch.